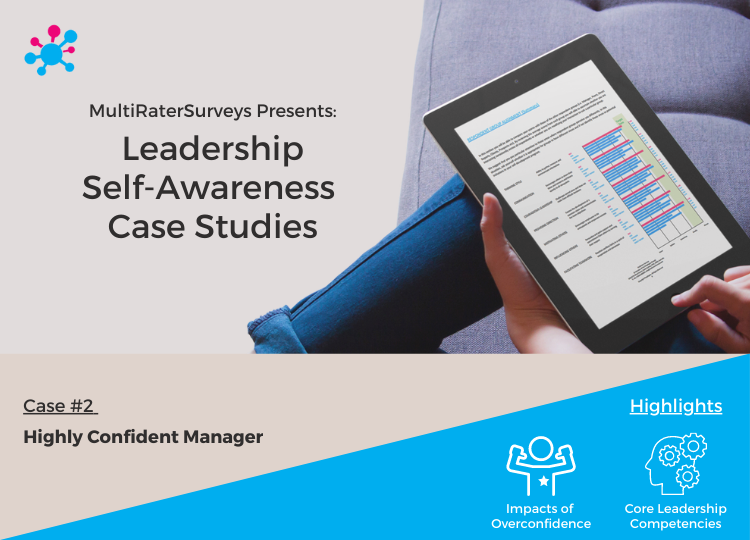 Following our last edition of the Self-Awareness case study, we have gathered another example of an existing manager from the same 200-employee company who possesses a non-optimal level of self-awareness – this time, exhibiting very high self-confidence. For the sake of anonymity, the manager in question will be referred to as John Smith.

Nothing screams “red-flag” more than a manager who is overly confident in their abilities – frequently perceiving themselves to be perfect in all aspects of management and leadership. In a recent study, researchers found that out of approximately 1500 senior executives, over 80% of them rated themselves as above average in their leadership capabilities. However, when compared to the ratings from their direct reports and peers, they were significantly overestimating their abilities.

While leadership itself is an ability, the way it is measured is ultimately subjective, both to yourself, and more importantly, to those around you. You are only as great of a leader as what is experienced by others. As such, our team at MultiRater Surveys believes that great leadership begins with self-awareness – recognizing who you are, and how you are perceived by others.

Meet John Smith. According to the data derived from John’s 360, MultiRater Survey’s Leadership Self-Awareness Report indicates that John is overconfident in all his leadership competencies (see Figure 1). In fact, the alignment of the competencies suggest that John has rated himself as perfect in 18 out of the 19 competencies.

As shown in his report, John tends to overestimate his leadership capabilities, and judge them to be significantly greater than what his manager, peers and direct reports perceive. Although John may appear to be classified in the “Competent” zone, this is largely due to his overconfidence in himself as a manager. John assumes that he is highly competent, but it is apparent that his confidence is not justified as he lacks the awareness to recognize he isn’t “perfect” in his leadership capabilities in the perspective of others.

The consequences of a leader with unwarranted high confidence can lead to the following:

While research has found that overconfident leaders are more likely to be innovators, this mainly applies to the CEOs – the ones who are the front and centre of the organization. And even then, there are huge pitfalls that they can lead the organisation into without proper accountability. As for executives, middle managers, and supervisors? They need to be held directly accountable for their leadership behaviours and competence as they are much closer to the core of the organization – the employees. As such, overconfidence in leadership will often lead to employee disengagement and dissatisfaction.

Importantly, the Leadership Self-Awareness Report indicates that it is often not easy to identify whether a leader is overconfident. This is what his CEO had to say:

“In knowing what you mentioned [in the report] it has definitely changed my opinion on him and does highlight some things that I don’t believe I have picked up….”

Equipped with objective information, and a direction for improvement, John and his team and manager can all work together to help increase his self-awareness as a leader. The key is to communicate openly and hold him accountable – especially during situations where his overconfidence is clearly steering a conversation or a project, into the wrong direction. For John’s 360 degree review next year, we expect to see an upward shift in the competencies in his Self-Awareness Report

To learn more about MultiRater Survey�s Leadership Self-Awareness Report � download our free E-Book. Or contact info@multiratersurveys.com for more information on how you can increase the self-awareness of the leaders in your organization.